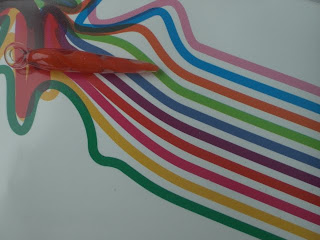 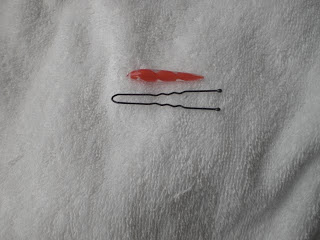 So I've had my 2nd retightening - and although I had a several inches (2-3) of new growth my consultant took just under 3 hours - which I still think is fast.

We're still using a 3 pt pattern and she said I would probably be alright not to band anymore (or was it braid and band) - either way I tried washing without braiding and banding and wouldn't you know lots of my lockies have unravelled at the ends *sigh* oh well.

On aside I now have a tool :) It's larger than the nappy loc tool and with my curly ends I havent quite figured out how to keep the lock IN the tool so I can interlock properly. Also if I have a small amount of new growth it'd be difficult to pass the tool through because it's so long. I like this tool but I need one that'll grip the hair AND let me pass it through the new growth without me dropping it. Anyway - I'm not ready to DIY just yet... maybe in December :)

Hey there -- now you know you are ready to become a DIY'er!!! Lol...3 hours is great, my last retightening took four and half, ugh! I'm so jealous!!!! No B&B I hear is the downfall to us all, I'm going to keep up it up for another year, it can't hurt right. So what type of tool do you have, post a picture.

Just wanted you to know that I love your page. You have a tremendouse sense of humor and positive vibe. I wish you luck on your journey and I hope that you are experienceing less problems with your beautiful hair. Peace!!

you've got the tool, take your time but you are on the way to becoming a DIYer

I've never seen that tool, whats it called? Due to the size of the tool I would think tht you would still have a 1/4 inch or more left of hair that you couldn't retighten. And if you were to try you may pop some of the hairs, like you said you need something that can slide through easier. Go with the NL tool.

Thanks for the photos. That's neat little tool. How'd you get it? Did you make it yourself and have you tried it yet? I like the way it's short, but it seems fat near the top and may interfere with rotations...do give us feedback when you use it.

A friend of my consultant makes them in Barbados - she was selling them on his behalf. Has anyone use the Loc Key (http://www.loc-key.co.uk/) I see this is UK based so could save me a bit on shipping costs, otherwise I'll have to go for the International (Nappy lock tool) option.

I think I've seen the loc-key and it pretty much has the same design as the nappyloc tool so if that is more cost efficient I would go with that, if I remember it's made from sterling silver and in the ads the lady uses it as a necklace too.

I tried to buy the loc-key a last year, but got no joy(ordering was that difficult!) I have a medium sized NL tool which I used when I had BLS, but with Sls I needed the smaller size, but couldn't bring myself to pay that postage a 2nd time. Anyway, it was a good thing b'cos I found a metal yarn needle and I haven't looked back since. It cost 99p in a craft/sewing shop and it's as good as the NL tool. You need to widen it a touch in the middle with pliers or scissors, but the size of the loop makes it ideal for sls.

I emailed the NL tool team about 3 wks ago, asking them to confirm postage to the UK, to date I've received no reply so I'm reluctant to give them my card details etc (esp. since they're requested BEFORE your total is shown).
I have a plastic yarn needle here... maybe I should try that instead. Hmmmm....