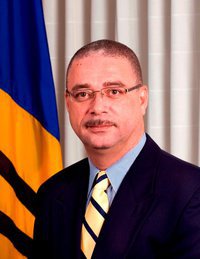 "Barbados has been plunged into mourning with the death of Right Honourable Prime Minister David Thompson.


Prime Minister Thompson passed away at 2:10 a.m. on the morning of Saturday October 23rd, at his home in Mapps, St Philip with his family by his side.

Thompson served as Prime Minister of Barbados from January 2008 when the Democratic Labour Party won the government.

It was during May that Thompson, accompanied by his personal physician Dr Richard Ishmael, announced to Barbadians that he was not well and was seeking medical attention.  He was diagnosed with pancreatic cancer in September.

On September 30 Thompson gave his last address to the nation, where he also announced a Cabinet reshuffle.

Thompson, 48, leaves to mourn his mother, his wife Mara and three daughters."

This is rather 'close to home' for me. Growing up in St. Philip, the areas of Mapps and Sandford might as well have been one.  Although the combined land area was large, there weren't that many houses, so the 'Neighbourhood Watch' residents association covered them both.

The late Prime Minister was my neighbour. He attended neighbourhood events and always had a welcoming smile - he never made us feel like 'stupid children' or 'lesser mortals' because of he was a 'big-up politician'. My brother and I used to ride our BMXs up and down his incredibly long and smooth driveway (when we thought he wasn't home) and he never once scolded us for being a public nuisance (can't believe I did that!!!)  Whenever he passed us in his blue jeep, we would shout our greetings and he would 'beep' in response. He came across as a humble jovial man and I genuinely liked him. 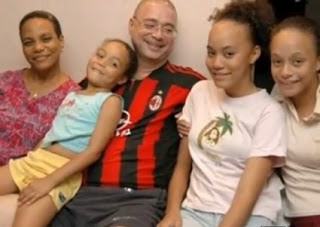 His passing reminds me of how fragile life is and how tomorrow is never promised today. Only two years ago he became Prime Minister - having waited in the wings for what felt to me like forever! Only this May did the rumours of his poor health begin spreading like wild fires - he asked us to pray... the nation responded.... Only last month did they confirm it was pancreatic cancer... only last month.... and now... he is with us no more.  Take nothing for granted.

This really hits home with me, only in May did I really get into the groove of these locks and start experimenting with some serious curling and styling; only in June did I first notice a small bald patch at the back of my head... now in October - only four short months later - I am completely bald. Who would have thought?

As my doctors continue to hypothesise and search for a cause or definitive explanation for my sudden and complete hairloss, (and thus the most appropriate form of treatment) I am reminded once again to be thankful for what I do have.

I am still here with my family.
The Thompsons have David no more.

http://lovelifelocks.blogspot.com WELCOME TO THE TAPESTRY OF ME.... These are my words and this is my journey, from 'there to hair'! My life, the lessons learned in and through love and loves ones; and my hair affairs.

That's sad. He looks like a good sort. Praying for his family whose lives will suddenly change.